Lack of Understanding and Implementation of Attribution Theory in Classroom

Weiner’s attribution theory (1980, 1992) is probably the most influential contemporary theory with implications for academic motivation. It incorporates behaviour modification in the sense that it emphasizes the idea that learners are strongly motivated by the pleasant outcome of being able to feel good about themselves. Attribution theories of motivation describe how an individual, explains, justifies and/or excuses their own and other’s influences motivation (Woolfolk, 2004, p.354)

Bernard Weiner  created the framework we use today in terms of achievement. According to Weiner, most of the causes to which students attribute their successes or failures can be characterized in terms of three dimensions: locus (location of the cause internal or external to the person), stability (whether the cause stays the same or can change), and responsibility (whether the person can control the cause).

Certain individuals in common class portray Attribution theories which are controlled in a negative light (Jessie Heath, 2007). Firstly, locus is related to an individual’s self-esteem. When a students’ learning failure is attributed to internal factors, self esteem can be diminished. Teacher doesn’t need to highlight that he or she was having difficultly with the Exposition task to the entire class, by asking one of the student’s work to others could also decrease one’s self-esteem. Another example shown in the classroom is most of the students lack a sense of self-esteem and competence. Students need a ‘re-assurance’. When a student is ‘unsure of herself’, and ‘reluctant to have a go Andrea is ‘frustrated ‘and ‘gives up easily if the work is too hard’.

Secondly, The stability dimension is related to expectations about the future. For example, when Ruth attributes her failure in a task, or subject to a stable factor such as subject difficulty, which is ‘external, stable and uncontrollable’ she is likely to presume she will fail that subject in the future. Thirdly, the controllability dimension is related to emotions. For instance when a student fails to complete task relating to Exposition text, he feels his failure is uncontrollable, and becomes aggressive, and angry. The student could feels helpless and is reluctant to attempt work he assumes he will not be able to complete tasks. Not producing any work is a major learning problem.

Must goal orientations that attainable

Goal orientations are patterns of beliefs about goals related to achievement in school. Goal orientations include the reasons we pursue goals and the standards we used to evaluate progress toward those goals (Woolfolk, 2004, p.359).

Goal setting has proven to be an effective way of ‘improving skills and striving to accomplish a task or activity’.  By setting goals students are able to: – ‘direct their attention to the task at hand, mobilise effort, increase persistence and promote development of new strategies’ (Woolfolk and Margetts, 2007, p. 383).   The lack of goal setting for the activity had a direct impact on the motivation of the students.

There are four main goal orientations –mastery (learning), performance (looking good), work-avoidance, and social (Murphy & Alexander, 2000; Pintrich & Schunk, 2002, as cited in Woolfolk, 2004, p.359). The main problems arisen in a classroom are the teacher is too goal oriented and the lack of goal setting for the activity had a direct impact on the motivation of the students. Firstly, teacher only wants to see the final result that the student able to go the high school with high mark. It seems that she disregard the process of learning and improving the student skills and knowledge in the classroom. She only wants a good result in reading, writing, math and other subject. Secondly, she set up the students with performance goals. The children found it difficult to relate to the subject, they misunderstand the topic and were unable to master the task; therefore students are made to look stupid and are no longer motivated to try next time.

*) Yusdi Maksum (yusdi.maksum@yahoo.com.au) The author currently studies Postgraduate Diploma in Education at The University of Newcastle Australia, graduated from University of Yogyakarta State.

Lack of Understanding and Implementation of Attribution Theory in Classroom. 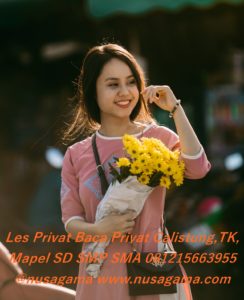